Commemoration at the Spanish Embassy 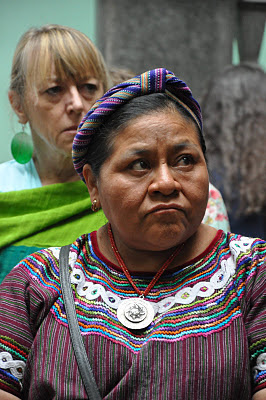 Today we joined the Nobel Women's Initiative delegation and Nobel Laureates Rigoberta Menchu Tum and Jody Williams at a commemoration to remember 36 protestors who died in a fire at the Spanish Embassy in 1980. Rigoberta's father was one of the protestors who was killed. A memorial photo exhibit had been assembled, a Mayan ritual took place, and students from a local school also joined the event.

We have been exploring the concept of 'peace' and yesterday during our interview with Jody Williams we asked her to describe what 'peace' means to her. She said peace is not an idea, or the universal peace symbol 'the dove' or prayer and meditation. She said peace is action, it means human security and social justice and it requires one to be relentless in order to achieve peace.It was fascinating to watch them both expertly handle the media and speak about The Burning of the Spanish Embassy as a 'defining event' in the Guatemalan Civil War. 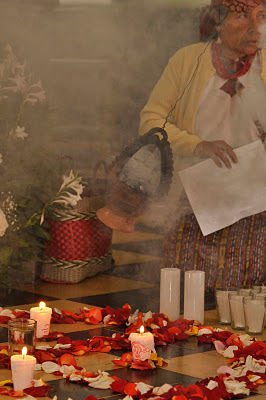